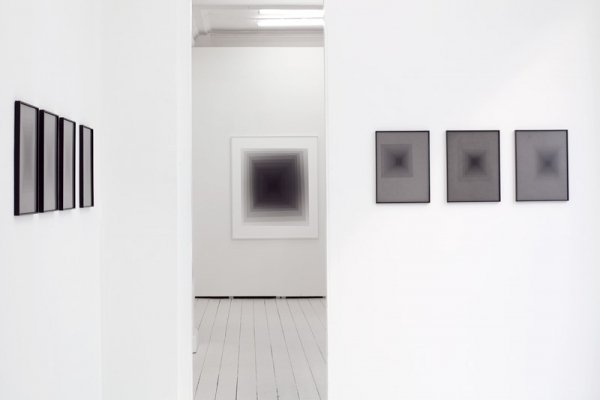 Emil Salto has in this series of photographic works sought to expand the framework of classical
photography to the extreme. Mute Science is photography, not in the traditional sense, but in a process based
restraint and representation of light, time and space, arising there from and in between.

Given the almost physical silence prevailing in the pictures, it seems very natural, almost given, to read the title Mute Science poetically. In the words of the French philosopher Gaston Bachelard, it is the emptiness that binds the silence. Here it is the silent imagery of science: the photographs show a number of silent spaces which in sequences of grey tone graduations repeat infinitely.

The photographs in Mute Science are photograms. Created in the darkroom with a classical photographic process using only light, chemistry and photographic paper. There has never been a camera, a lens or pattern, though it could be said that the dark chamber (and the artist inside it) is the work. Whereas traditional photography to some extent relate or refer to reality presented, Emil Salto’s works are simply the result of the elements involved in their genesis.

The works are to some extent circular. Self-referential, they embody their own time, and the process becomes the image.
There are obvious references in the their visual language, to artists such as Josef Albers and Kazimir Malevich, amongst others, who have worked with the geometric-abstract. Emil Salto’s preoccupation with the basics of geometry and in the case of Mute Science, the square creates a conceptual emptiness and opens up space for contemplation regarding notions of time, shape, cycles and dimensions. Mute Science is about these formal shapes and sizes, which naturally affect us all and which in Emil Salto’s knowledge never refers to anything recognizable or concrete, enabling it to remain alluring.
-
Reviews in Danish, here at Information & Politiken 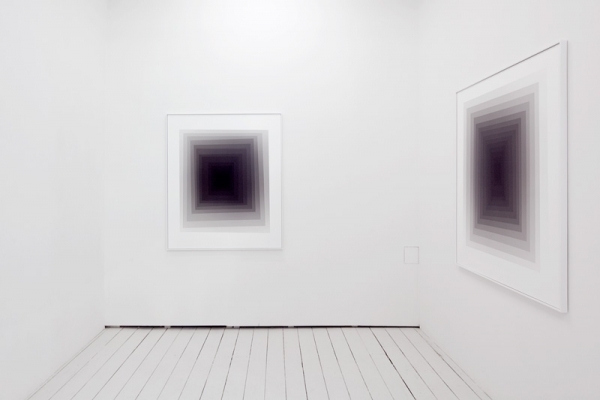 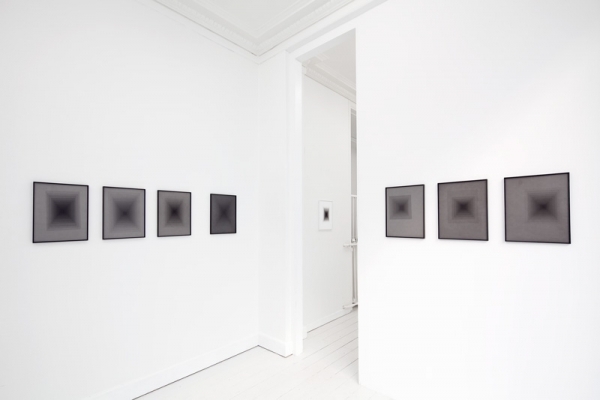 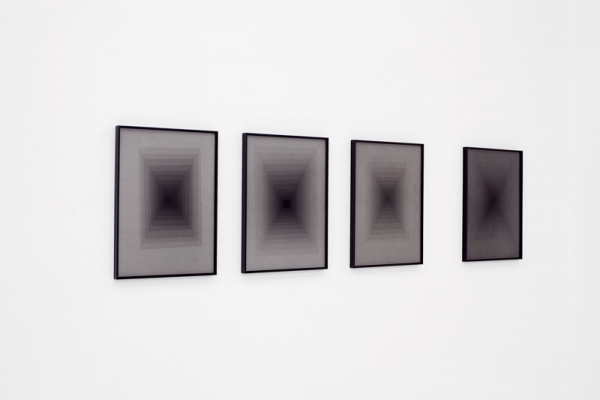 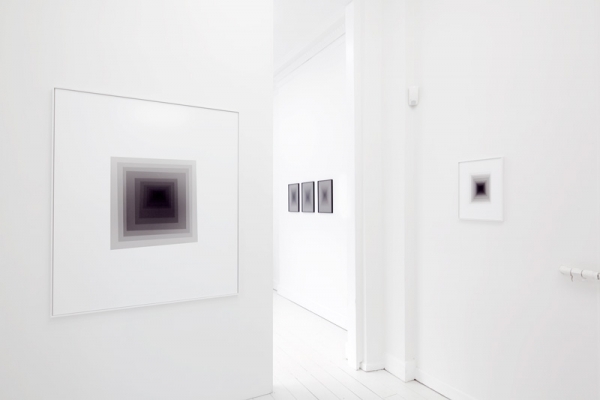 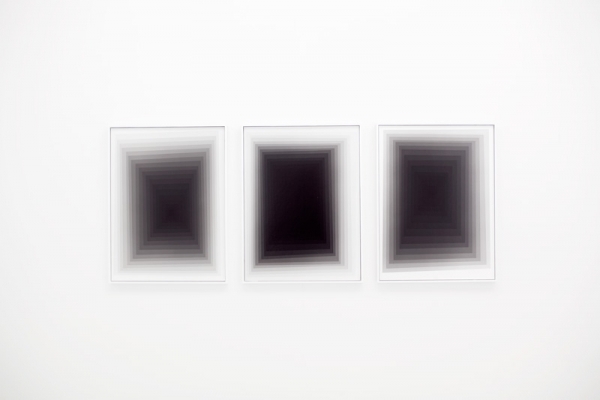