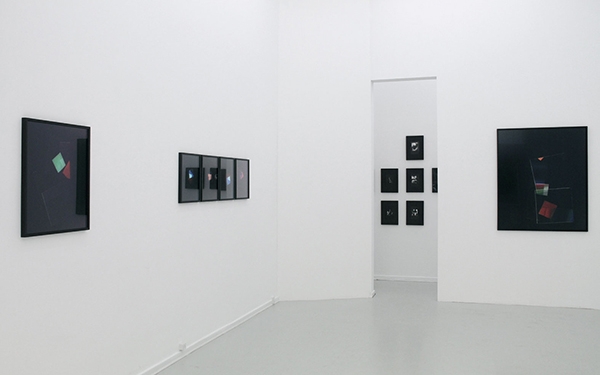 To enter Emil Salto’s visual universe one must – at least in spirit – follow the artist into his workshop, into the darkroom. Not so much in order to understand the technical side of his works but rather to grasp the physical and performative approach which lies at the core of the works’ creation. In Salto’s work, the ephemeral nature of photography’s raw material, light, constitutes the framework of a scenic narrative that in Layers attempts to bridge the gap between his own contemporary artistic practice and the both personal and general history of art on which he creates his works.

The importance of his own personal history of art is such that Emil Salto has described his work with Layers as “dealing with personal art-historical material”. Both of the two groups of works that form the exhibition are based on objects and documents inherited from his grandfather Egon Salto. The color works in the front room are thus based on an unpublished manual named Experimental Photography. Abstract Images Based on Chrystallo-optical properties of plastic foils. By Egon Salto. 11/86, whereas the black-and-white works in the back room are Emil Salto’s interpretation of a group of his grandfather’s color slides. Imagery that aesthetically seems taken from a forgotten Bauhaus-scenography.

The typewritten manual contains a great many complex scientific elucidations but it is first and foremost a manifest summarizing Egon Salto’s experiments with and experience of light. Emil Salto approaches the manual as an alchemist, utilizing its formulas to create his own gold in the shape of a series of enticing color works. Abstract though they may seem, their attraction lies as much in the very concrete traces of the artist’s physical actions in the darkroom, underlining the performative nature of all of Emil Salto’s oeuvre. In the interplay with the physical properties of light and materials these traces become manifestations of scientific and philosophical investigations of how light form our perception of the world and of our bodies’ movement through it.

Technically the works are created as a variation of the classical photogram in which the image is formed by objects placed physically on light-sensitive paper in the darkroom. In these works, however, Emil Salto has worked with polarized light and various plastic foils and the perceived colors are created by the refraction of polychromatic light as it meets the various foils which are themselves colorless. While working, Salto cannot see these colors which are only visible to the photographic paper. Only when the work is developed do they become visible. Light becomes relational and interactive and the darkrooms in transformed to a performance space where the movements and actions of the artist creates visual traces, comparable to memories of the movements of a dancer on a stage. The artist becomes a shaman who simultaneously conjures up his grandfather’s work and banishes the art-historical ballast weighing him down. The Layers of the exhibition title thus not only refers to the concrete layers of plastic foils creating the works but also to the metaphorical layers of experience and knowledge that both impede and enrich our actions. In order to grasp the works we are forced to perceive the exhibition space as the mirror image of the darkroom’s performative space, a space where we through our own movement re-enact the genesis of the works, create the storyline and write the narrative of the ephemeral nature of light. 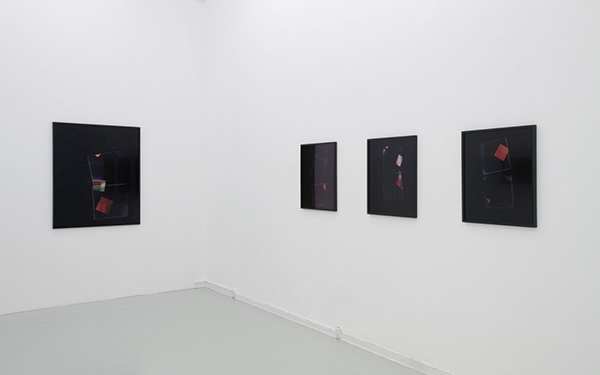 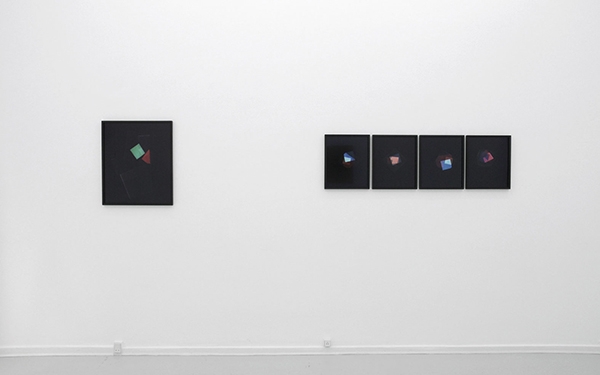 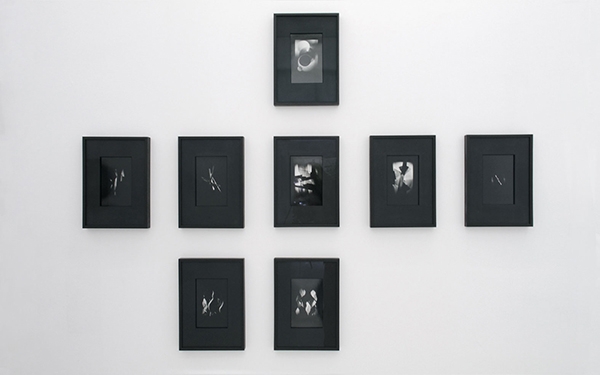 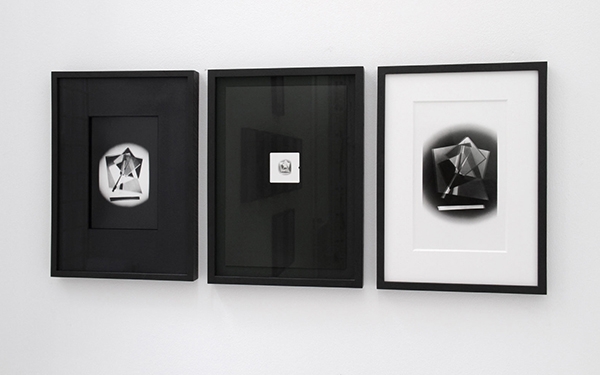