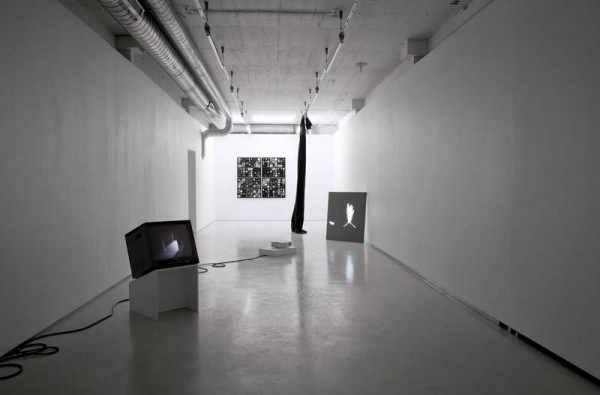 The essence in the work of Salto lies in the examination of potential content tied to the materiality of the medium and the process tied to it.

In Untitled Drama Salto uses recycled images, portals and spiritism as a point of departure. Through his photographic work he emphasizes the mythology of the darkroom and the phenomenological experience of creating a space where human vision is dramatically weakened.

Yet his works are not so silent, dark and discursively neutral as one might think at first glance. Salto is attracted to theories and pseudo-scientific methods. The photograms in the series Abstract cloud, curved line, prism, nothing (2012) consist of shapes and objects exposed directly onto photographic paper in total darkness. The arrangement of the symbols is taken from a rigid mathematical system–misinterpreted as poetry–resulting in it degenerating, slipping outside the confines of a controlled experiement.

Salto thus proclaims the potential capabilities of the sense of perception in our meeting with his works: his dark photograms phenomenologically absorb us, drawing us into a realm of illusion where material has no physical substance yet hidden symbols and play with language occur.

Salto's works also challenge the notion of time and space. Temporality–and the understanding of human existence in time and space–is questioned through his use of photography and film. By using the body as material, as the hands in the double-exposed 8mm film Hands (2011), Salto insists on real physical presence despite the fact that the work is based on an illusion. The two hands never emerge neither in the same time nor space–they are two temporally selfcontained/separate images that delude the spectator to feel a physical relation between the two seeking hands. In the sense of perception, the distinction between bodily experience and the sublime is therefore eliminated.

The exhibition is supported by The Danish Arts Council. 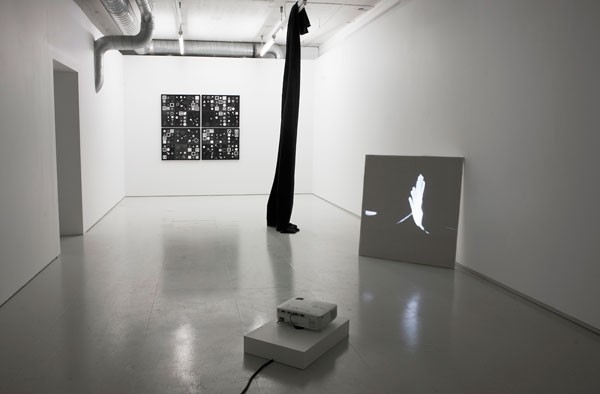 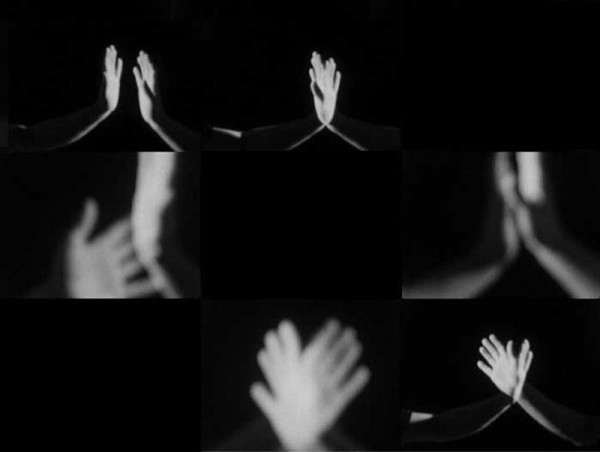 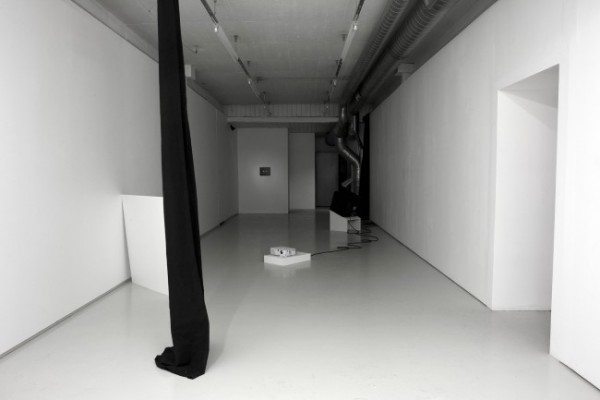 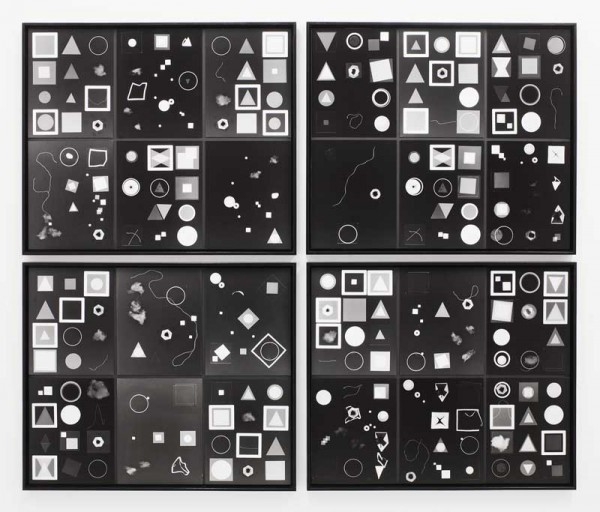 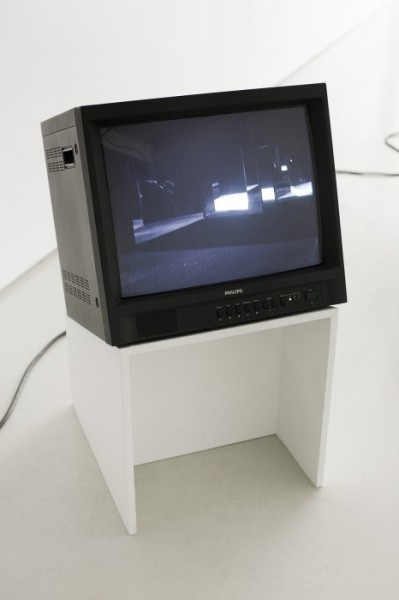 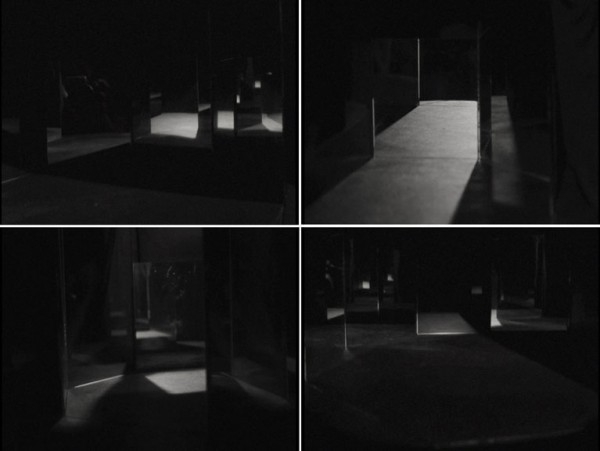